it has been a long time since I have written here. A lot has happened, and I have mostly been trying to keep my head above water. This has been (barely) possible. Now it is a cool early Saturday morning, and I am up, because this is when I wake up these days, and I have been trying to process everything and sort it all into the bins it goes in.

I thought I would write a little bit about the teaching, as that has consumed a lot of my waking hours. It has been grand.

One of my classes is a “Sustainable Furniture and Lighting” class. I am starting to hate the word “sustainable” almost as much as I hate the word “green.” Green, that is, as applies to design or to living. I have no problem with green as a color, or as a party, or as a way to be, if you’re a frog. But these labels get co-opted and twisted until even Wal-Mart is using them and they have no meaning whatsoever and are just words printed on plastic packaging that is shrink-wrapped and shipped from China. 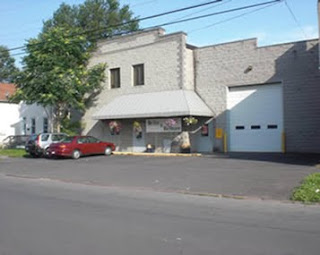 Habitat for Humanity has a store here in Syracuse called the Habitat ReStore. If you are doing demolition at your house and have something that is still usable that you are getting rid of, you take it to them and they re-sell it and make a little dough and the object stays in use, rather than going in the landfill. Pretty cool. And people donate all kinds of things. Contractors will donate almost a full pallet of sheetrock, sometimes at the end of a job, or a pile of two-by-fours. Then anyone can walk in and buy the stuff for pennies on the dollar. Everything you can imagine gets donated: sinks, lighting fixtures, hardware, doors, windows, cabinets, anything you can think of. Pretty cool place.

The theme of this particular class, the way we are attacking “sustainability,” is through a process called “upcycling.” Most objects are downcycled, that is, the raw material is ripped out of the ground and refined, then made into an object, used, and thrown away. This is a vertical process that I think of as starting at the top and proceeding down into a landfill. Some objects are recycled, which means that some or all of the material is turned back into its raw state and then used again. I think of this as a more or less horizontal process, though usually the end result is that the material is eventually downcycled.

“Upcycling” is the process of taking an object that has been discarded and moving vertically back up to restore it to a useful state. This is what I have been trying to do in my studio practice, and now I have a captive audience of 20 Industrial Design students to do it with me.

The project brief is to buy an item at ReStore (giving money to an organization that needs it and supporting the local economy) and make it into a lighting object (getting us used to the idea of upcycling to make an object instead of buying a lot of stuff). Pretty fun stuff, and the students have wholeheartedly embraced it, which is encouraging to see.

Yesterday we met in the shop and I gave a lecture and demonstration about how to wire a lamp. I have wired a lot of lamps in my time, and I feel pretty comfortable leading them through this process. Then I walk into the shop, and there are four IBEW electricians working on the wiring in the shop. And here I am about to tell a bunch of students how to do wiring. Hrm.

I go over to the electricians and say sotto voce “Okay, look. I am about to give a wiring demo to a bunch of students. Do me a favor and don’t laugh at me ‘till they leave.” And we all grin at the absurdity of it, and make a couple of jokes, and now I am just as nervous as I was before, but now they are going to surreptitiously listen as I talk.

It all goes pretty well. I show the class how electricity runs in a circle, and how if you interrupt that circle the light does not come on. I show them a bunch of different types of plugs and switches, and demo how to carefully strip the plastic jacket off of the wire and crimp a terminal on the end and screw it to the prong in the plug. We look at the insides of different plugs and different switches. We talk about “hot” and “neutral” and “ground.” I introduce them to my friend Teri’s two basic rules of lighting: (1) “Is the damn thing plugged in?” and (2) “Is the damn thing turned on?” They ask some good questions, and then class ends and they all go their ways, off to do whatever it is they do on weekends, which I do not ask about, because I (vaguely) remember my college days, and I figure I don’t need to know.

So I go over to Chad, who is the lead electrician on site, and say, “Well, what do you think? Should I get fired, or was that okay?” And he grins at me and looks at me sort of out of the corner of his eyes and says, “Sounded pretty good to me. I wouldn’t have told them anything different.” I felt ten feet tall.

What excites me about this is that the students seem jazzed, and they are the ones who are going out to design objects for the next generation. If I can get them thinking about responsible design here in school, If I can get it really under their skin and in their blood, what wonderful stuff can they bring to pass when they are out in the world? Super exciting.

I believe the term you are looking for is "greenwashing". Wikipedia defines it as "disingenuously spinning their products and policies as environmentally friendly". Yuck.

Vixen of the Sea said...

i wish i could take your class. i want to upcycle! i want a lamp! just today ryan said: "you need to rip out this track lighting and put in some lamps." and i thought, "yeah, but then id have to know how to do those things." then i went back to worrying about something unrelated to lamps but thankful i had yet another insecurity to add to the heap. think of yourself as an avenger of insecurity, going in and ripping out fear and replacing it with courage! i love you. now make all your classes on youtube and we're set.

Zeke - I completely agree with you I've tried electronic lists, but paper, and the black line of a task completed - beats them every time. How else can you track your progress through life?!
Reminds me of a movie called "Chaos Theory" about a man who makes lists on index cards. Quite good.
Oh, and I love the ReStore too! I just bought some lovely old glass lamp shades from the one in Bellingham. Your class sounds like so much fun! Look forward to hearing more about what you're teaching...

Also, it's wonderful to hear about what you're up to.. thanks for finding the time to write. I really love reading your posts- your childlike enthusiasm seeps through the computer and brings me a lot of joy!

1) I very much want to take a class with you.

2) I took a grad level class in Sustainable Science a few years ago. A full freakin' semester of nothing but dithering over the definition of the word. Yes... 6 hours/week for a full semester we were stuck on the term. I stifled many a frustrated scream because it doesn't get a damn thing done to be that stuck.

Green and sustainable have been battered and bruised into meaning nothing at all. Which allows the greenwashing to happen all that much more easily. I salute you for trying to get past it and onto the hands-on sleuthing for solutions. It's good work.