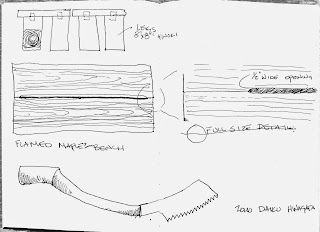 "There are many things that can be learnt from [master carpenter's] skills and spirit to be applied to contemporary organizations and the making of things."

The last time we were here I raved about The Takenaka Carpentry Tools Museum.  It was a central stop last time and was so again this time.  This time around they are in a new building, one that has been constructed using ancient techniques but applied to a lovely and thoughtful contemporary building.  There are more exhibits, there is a workshop where you can take classes, all the furniture is by local craftspeople, it is crazy.

I won't go back through what I wrote last time, that does not seem to make sense.  And I do want this blog to be more than a travelogue, so just posting some photos does not seem to be the right thing either.  Why bring a group of architecture and design students to a craft museum at all?  None of them want to go into woodworking, so why bother even if it is a stunningly thoughtful and well-designed space?

Well, one answer to that might have been raised by Howard Risatti in his book "Theory of Craft."  It's a good book and one that has particular relevance in much of my work.  He writes: 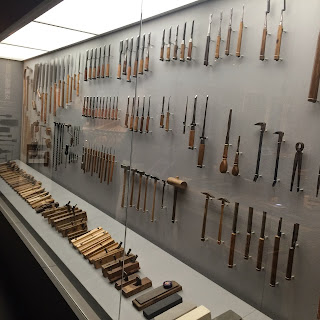 So a historic hand plane has an existence as an object, a tool, a component in a carpenter's tool kit.  But it also has relevance in a conversation about resources and resource usage, and about what a style of work or a style of workmanship communicates about a particular culture.  And my hope is that by exposing our students to the style of making in another culture that it will underline for them the stylistic and functional choices and assumptions that they are making in their own work.

Japanese traditional carpentry, like Western carpentry, dictated (in part) the æsthetic that we think of as "Japanese."  The mix of wood and clay and stone, the intentional asymmetry, the floor plans dictated by tatami mats, these have their root in how the spaces were made and used. 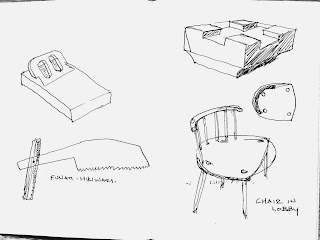 As we walked around the museum yesterday and I talked about tools and methods, about materials and the way we treat them (they still have the bins full of shavings from different woods so that you can smell the difference between hinoki and oak, for example.  IT'S SMELL-O-VISION!  WITH WOOD.  OMG.)  I am hopeful that some of this resonated with the students.  I am hopeful that as they move forward in their own design practices some gossamer memory of attention to not just materiality but also the ways that materials are used will have clung tot heir perceptions.  Here are some photos and drawings from my favorite museum on the planet.